Since YIP-61: Governance 2.0 passed on April 25th, 2021, yearn began the transition into a multi-DAO structure, managed by constrained delegation. This approach allows protocol development to not be stiffened by bureaucracy while maintaining a sufficient level of decentralization.

Multi-DAO refers to the fluid number of decentralized autonomous organizations (DAOs) that contribute to the protocol in some unique way. These independent groups consist of YFI holders, yTeams and the Multisig.

Token holders have ultimate say over what yTeams exist, who is part of the Multisig, and the limitations of each group's operational control. The term 'constrained delgation' originates from token holders delegating specific powers to various groups that build and manage yearn.

A simplified flow of governance would look like this: 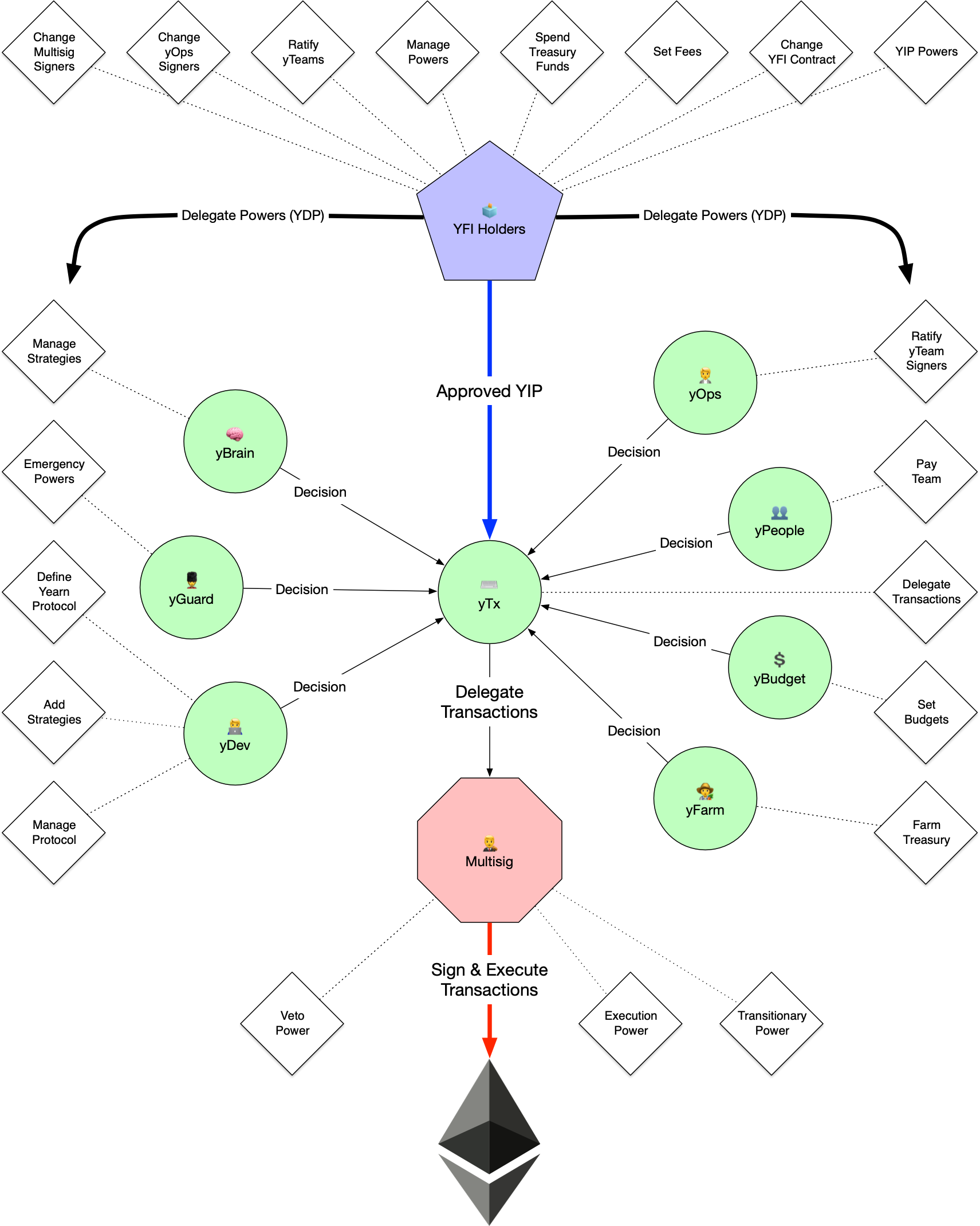 it is the YFI token holder's duty to create and vote for proposals that improve the protocol.

Each yTeam has an objective and discrete powers which are defined by token holders. They can be broken further into membership pools, which are separate groups of contributors working towards similar goals as the overarching team. Additionally, one membership pool can bet a part of multiple yTeams.

Each yTeam is assigned specific decision-making powers, defined by YIP-61:

Decisions issued by yTeams will be executed on-chain by the Multisig until a more decentralized system is approved for implementation. In the mean time, the Multisig controls the following:

Yearn is continuously paving the way towards an ideal balance of DAO decentralization and productivity. The current phase of efforts impliment changes mostly on the social layer, and in the future we will be moving towards software implementations such as: