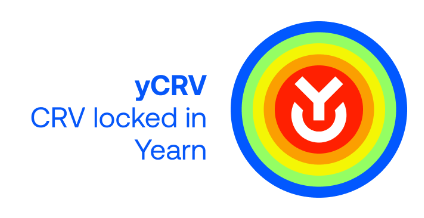 yCRV is Yearn's new and improved veCRV wrapper system designed to tokenize the different benefits of Yearn's veCRV position. This system is composed of a base-token called yCRV as well as 3 derivative tokens called activated tokens.

yCRV is the base-token, which carries no native rewards, but lets users easily enter into the other 'activated' tokens that do.

New yCRV can be minted in two ways:

Both operations mint yCRV to the user at a 1:1 rate. Users migrating from yvBOOST can use the zap at y.finance to efficiently unwrap their tokens to yveCRV and migrates to yCRV in a single step. Of course, users can also choose to purchase yCRV from the new Curve factory pool here.

Yearn passes all benefits of its veCRV position on to yCRV users who hold one of its activated-tokens:

Users can choose to move between activated-tokens at any time depending on which benefits they want, except for vl-yCRV which has time lock restrictions varying from 14 to 28 days. 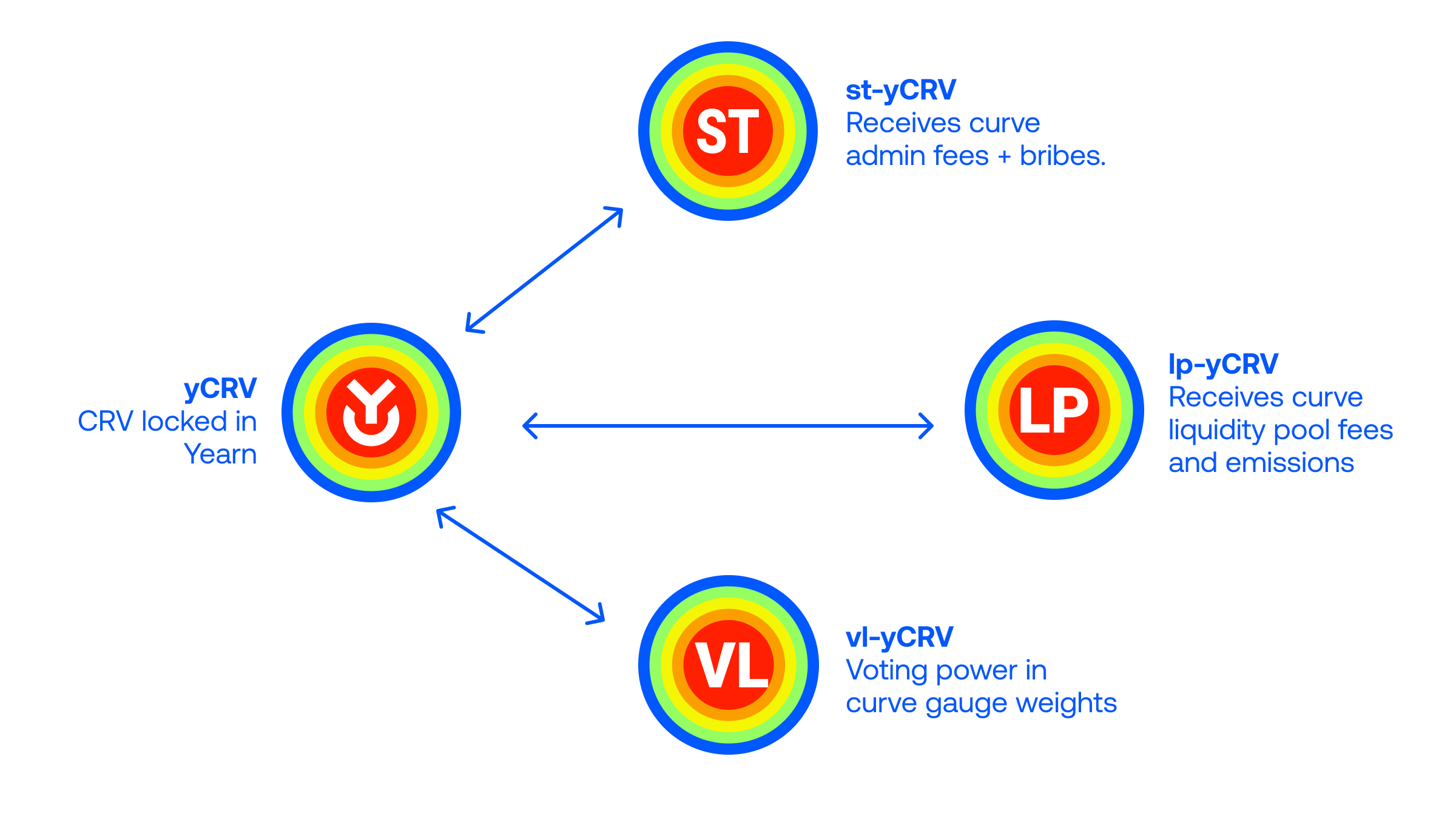 Staked yCRV is designed to be a 'set and forget' yield-optimized position for yCRV users. The source of yield comes from two primary places:

Under the hood, st-yCRV is a Yearn v2 vault, allowing users to sit back, relax and have their underlying token compounded by a strategy that sells 3CRV and some claimed bribes into yCRV.

Liquidity Pool'd yCRV provides liquidity to the new CRV/yCRV pool on Curve, and lp-yCRV holders receive this LP fees and emissions. When you zap to this token, under the hood, you are entering an LP position in the yCRV/CRV pool and depositing the LP tokens into the lp-yCRV yVault.

This is also a Yearn v2 vault with a strategy that deposits all CRV emissions generated back into the pool to grow the position. Like st-yCRV this is designed to be a set and forget token that auto harvests and auto compound rewards.

Yearn will mark 1 veCRV worth of voting power for every 1 yCRV in this position to vote in favor of yCRV Curve gauge - increasing CRV emissions to users.

vl-yCRV is the position that users can enter which allows them to cast votes for Curve gauge weights.

It is currently in the final stages of development, not yet ready for production.

In this position, users can vote for gauge weights (not DAO votes).

Users in this position will not earn weekly admin fees or bribes, and will be subject to a minimum 14-day lock (28-day maximum). Once the lock period is over, the user is free to withdraw to yCRV if they choose and move freely within/without the yCRV ecosystem.

We expect this system to be especially useful for protocols that seek to boost emissions to their pool's Curve gauges without committing to a 4-year veCRV lock or repeatedly submitting large bribes.

yveCRV and yvBOOST are being deprecated, and there is a migration path available to users. The functionality of both was integrated into st-yCRV so if you are looking for the same benefits check the guide on how to migrate from the legacy tokens using yearn's UI 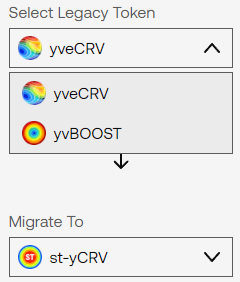