veYFI token holders control the Yearn ecosystem through off-chain proposals and votes via Snapshot. Proposals that generate majority support (>50% of the vote) are implemented by a 9-member multi-signature wallet, and 6 out of 9 wallet signers must sign for a change to be implemented. The members of the multi-signature wallet were voted in by YFI holders and are subject to change from future governance votes.

Discussion regarding changes in the protocol happens on a variety of platforms, such as:

Getting as much feedback as possible from the various communication channels is recommended before introducing a formal proposal. The governance forum and Discord server have dedicated channels for specific topics.

Yearn Improvement Proposals (YIPs) are an all-encompassing vehicle for exercising power that token holders have. After YIP-61, Yearn Delegation Proposals (YDPs) were introduced, which allow token holders to change where any discrete decision-making power is delegated. 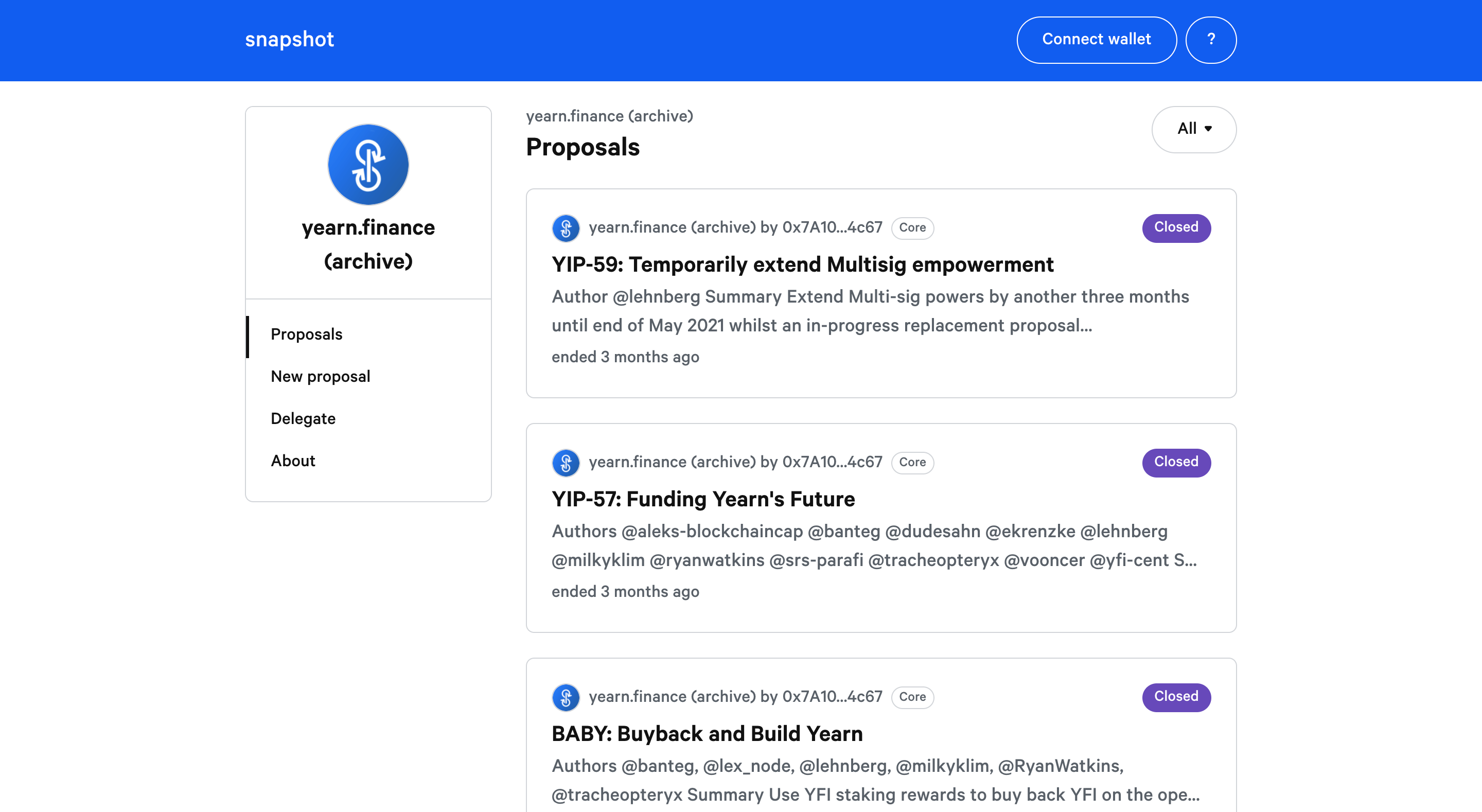 The default template for proposals can be found on Github + on the forum, if you post under "proposals" or "discussion" it will auto-fill in the template as well.

How do I vote?

What’s the difference between voting for a poll on the forum and an off-chain vote?

Once a Snapshot votes have passed, changes will be implemented by Yearn's protocol or operations team and signed by the multi-sig, if necessary.