yVaults are like savings accounts for your crypto assets. They accept your deposit, then route it through strategies which seek out the highest yield available in DeFi. 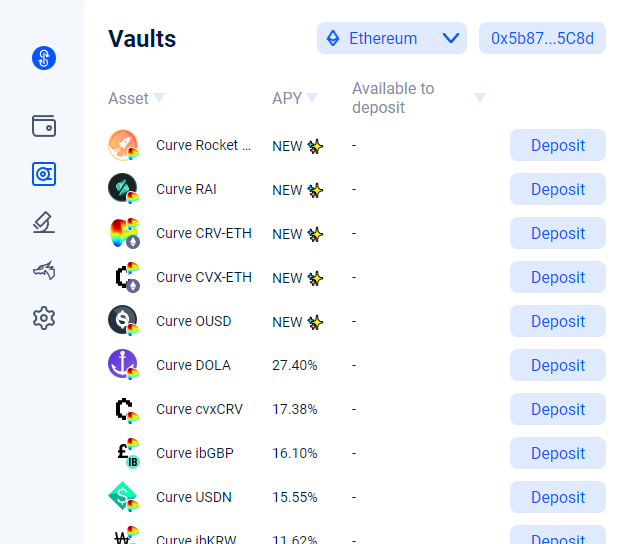 20% Performance Fee: Deducted from yield earned every time a vault harvests a strategy.

2% Management Fee: Flat rate taken from vault deposits over a year. The fee is extracted by minting new shares of the vault, thereby diluting vault participants. This is done at the time of harvest, and calculated based on time since the previous harvest.

On the yearn.finance user interface, yield is displayed as net APY. This means that both fees and compounding returns are taken into consideration in the rates presented. Since harvests don't occur on a set basis, yield is estimated based off of historical data. For more information, see How to Understand yVault ROI