veCRV holders can sell their gauge votes to the highest bidder each week by 1 - voting on the bribed gauge with the highest APR and then choosing to 2 - claim any applicable rewards.

Voting on a Briber's Gauge 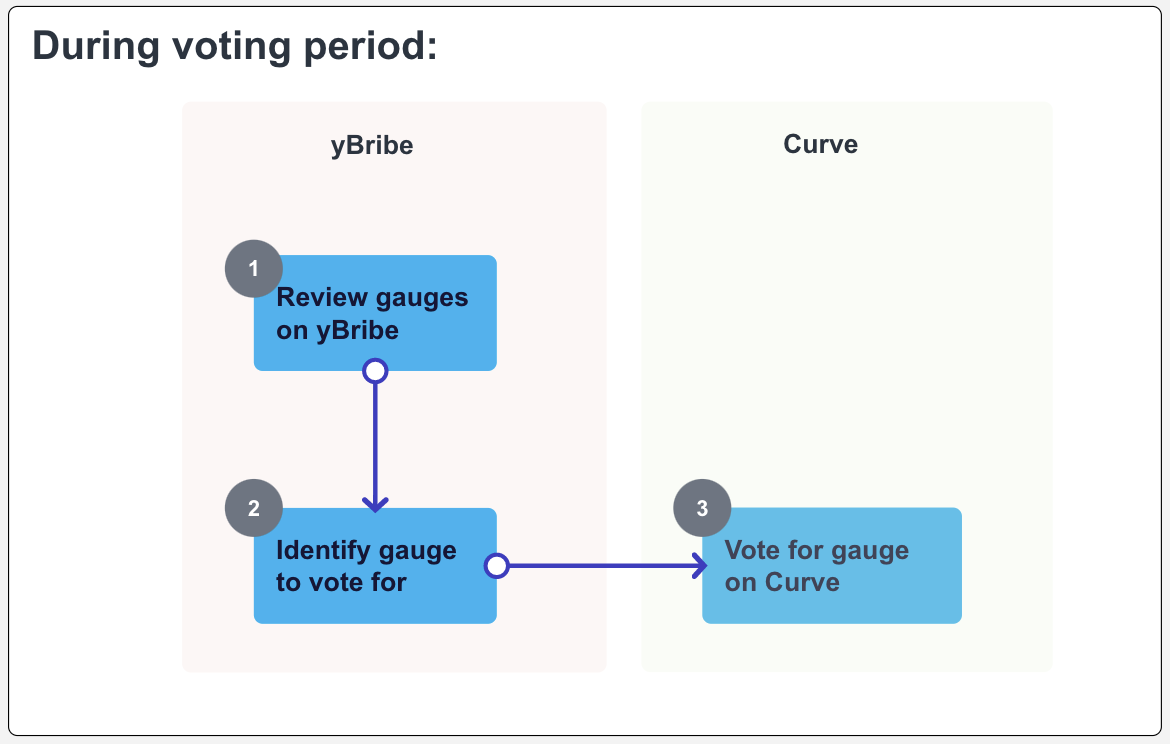 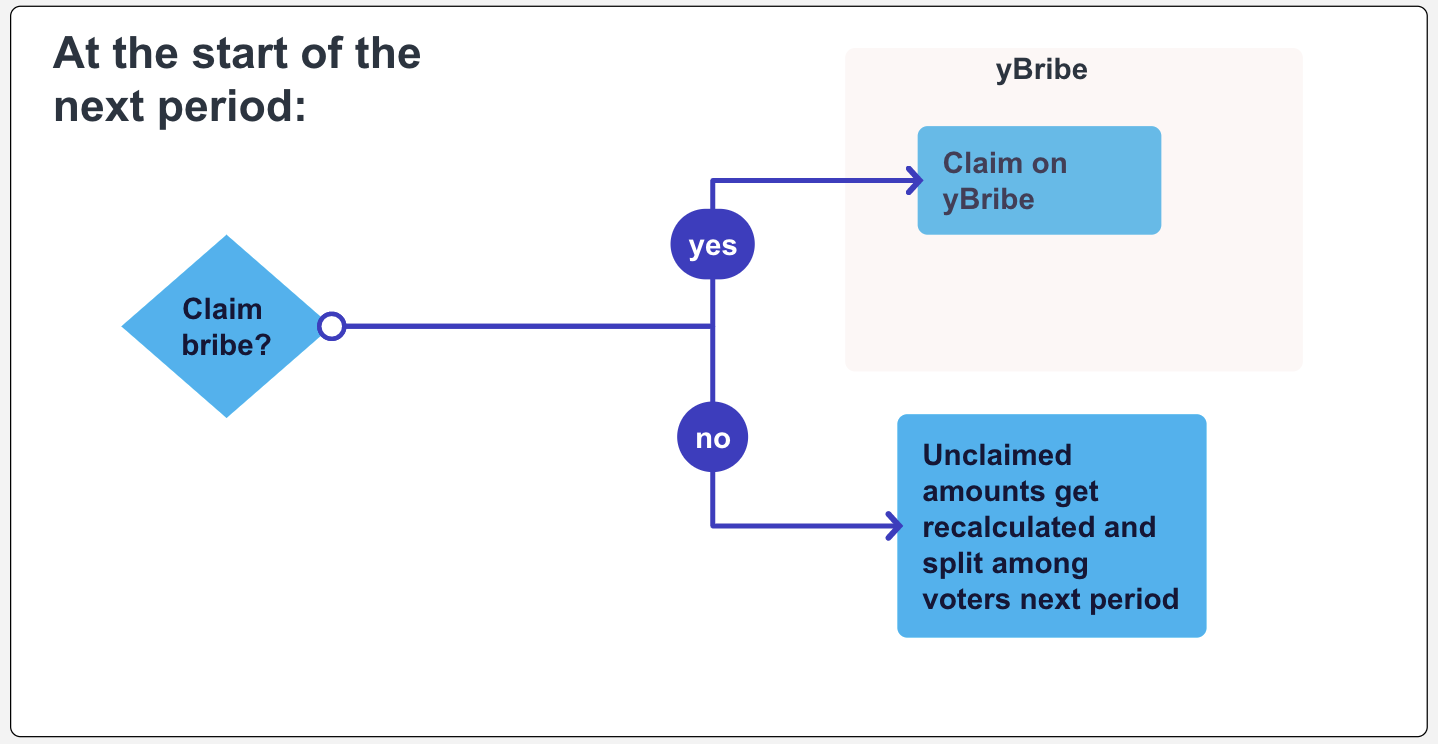 Claim periods run from Thursday to Thursday, and the scrolling clock on the main page displays the time remaining in the current period.

Note: Make sure you claim any claimable rewards before the current period ends, and / or submit your votes for the next period. Be sure to claim any rewards before voting again on the same gauge or you’ll be locked out of rewards until the following week.

Ghosty is a veCRV holder. Ghosty goes to yBribe (which gets all data directly on-chain) to figure out which gauge is the best one to vote for. 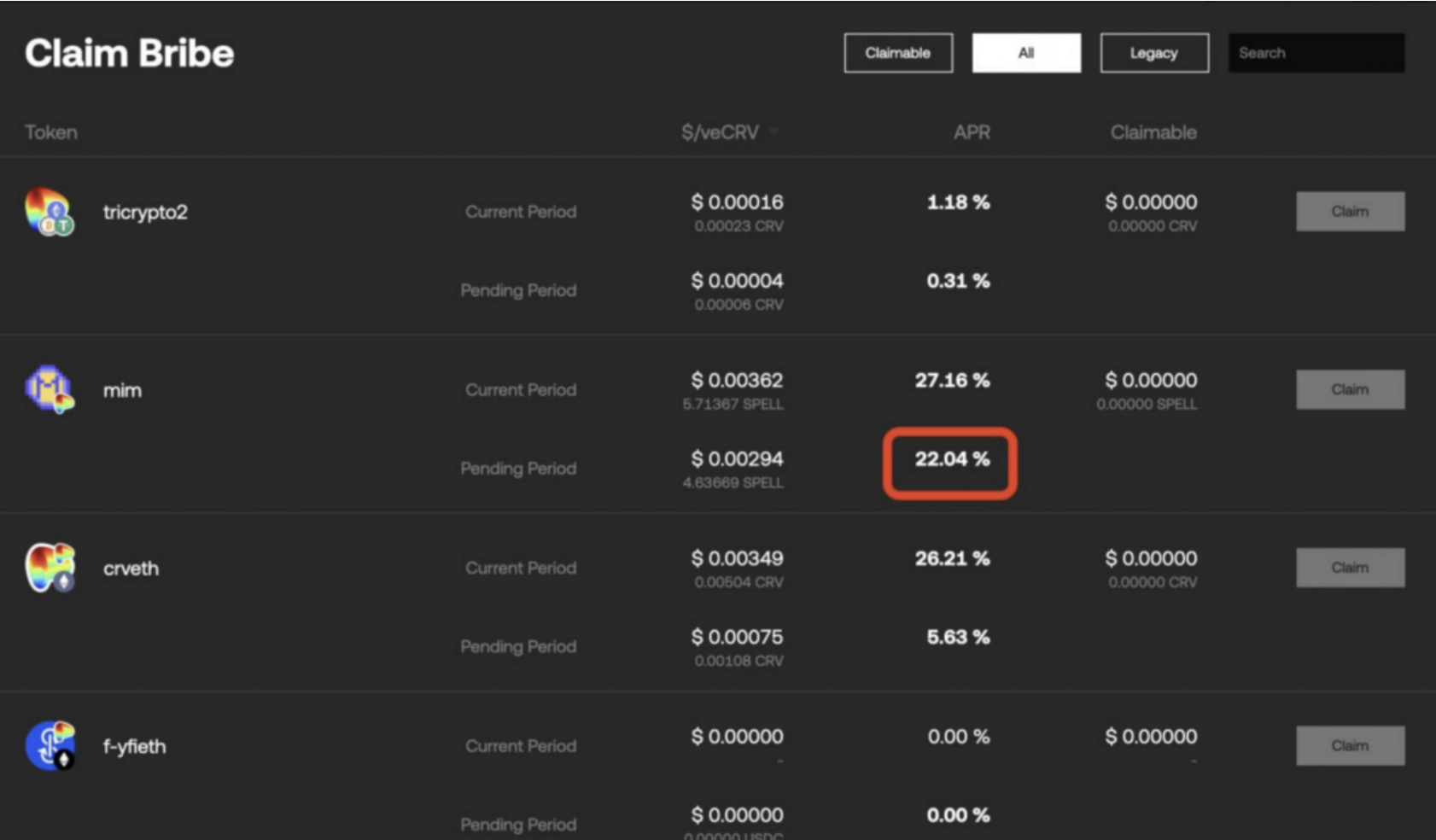 As seen above, we can see MIM gauge is the highest yielding for the upcoming period. Ghosty goes to vote for the MIM gauge on Curve and then at the start of the next period, he can claim his bribe.

The amount of the overall bribe they will collect is dynamically calculated based on how much vote weight Ghosty provided relative to global vote weight on the MIM gauge.

Bribers can offer incentives to increase CRV emissions to their favorite Curve pool. Bribers can deposit any token as their bribe.

yBribe now lets users assign rewards to a different claiming address than the one used to vote.