The easiest way to get started using the factory is through the User Interface:

The current version of the Vault Factory works with the following:

The Vault Factory is a massive step forward in automation. We're significantly reducing our operational costs for all vaults deployed with this new method. Here's the fee structure for them:

Performance fees for every type of yVault go straight to Yearn treasury (ychad.eth) and are calculated only on top of harvest profits. The current fee structure for each yVault can be seen directly on the new yearn.finance website by clicking on the vault.

Only one vault can be live for each token, so the Vault Factory will only deploy a new yVault if there is no vault for that token already deployed (excluding "legacy" vaults).

The first Vault Factory deployed live on Ethereum is the Curve LP Token Vault Factory. This factory allows users to deploy yVaults for any Curve LP token that represents a Curve pool with an active gauge (allowing it to receive CRV emissions).

StrategyConvexFactory supplies any additional Curve LP tokens (beyond which would receive the maximum 2.5x boost via the Curve strategy) to Convex Finance to earn CRV rewards (boosted by Convex's veCRV balance) and CVX rewards.

StrategyConvexFraxFactory will only be added to the vault if the Curve LP token of the vault can be staked in Convex for Frax (currently available for over 20 Curve LPs). This ConvexFrax strategy will be used instead of the standard Convex strategy to earn additional FXS rewards (on top of the standard CRV and CVX rewards).

In all three strategies, any earned tokens are regularly claimed, sold for more of the underlying Curve LP token, and then deposited back into the strategy to compound the yield.

Harvests on vaults created from the Vault Factory are permissionless and anyone can call it via the harvestStrategy() function (keeper.factory.ychad.eth). Simply put in the strategy address from the factory vault which you would like to call harvest on, and click write.

Follow these steps to create a new vault with the UI: 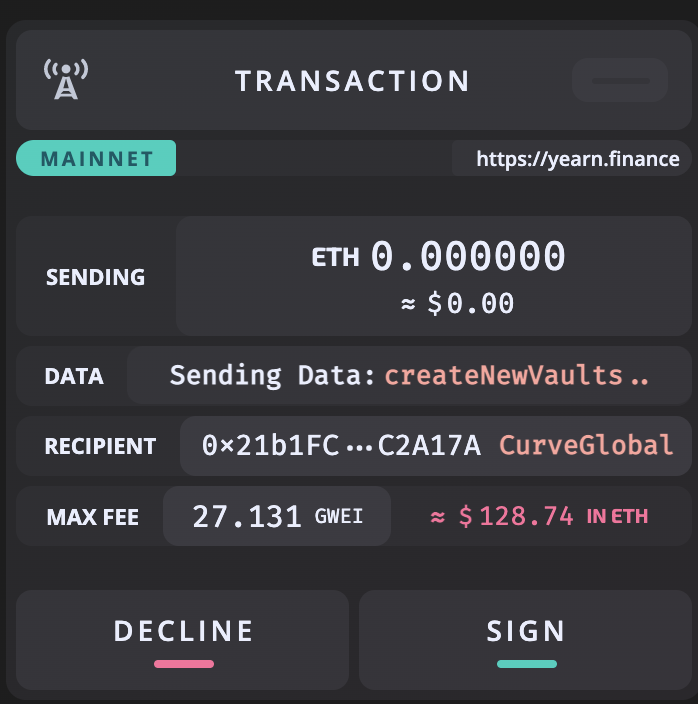 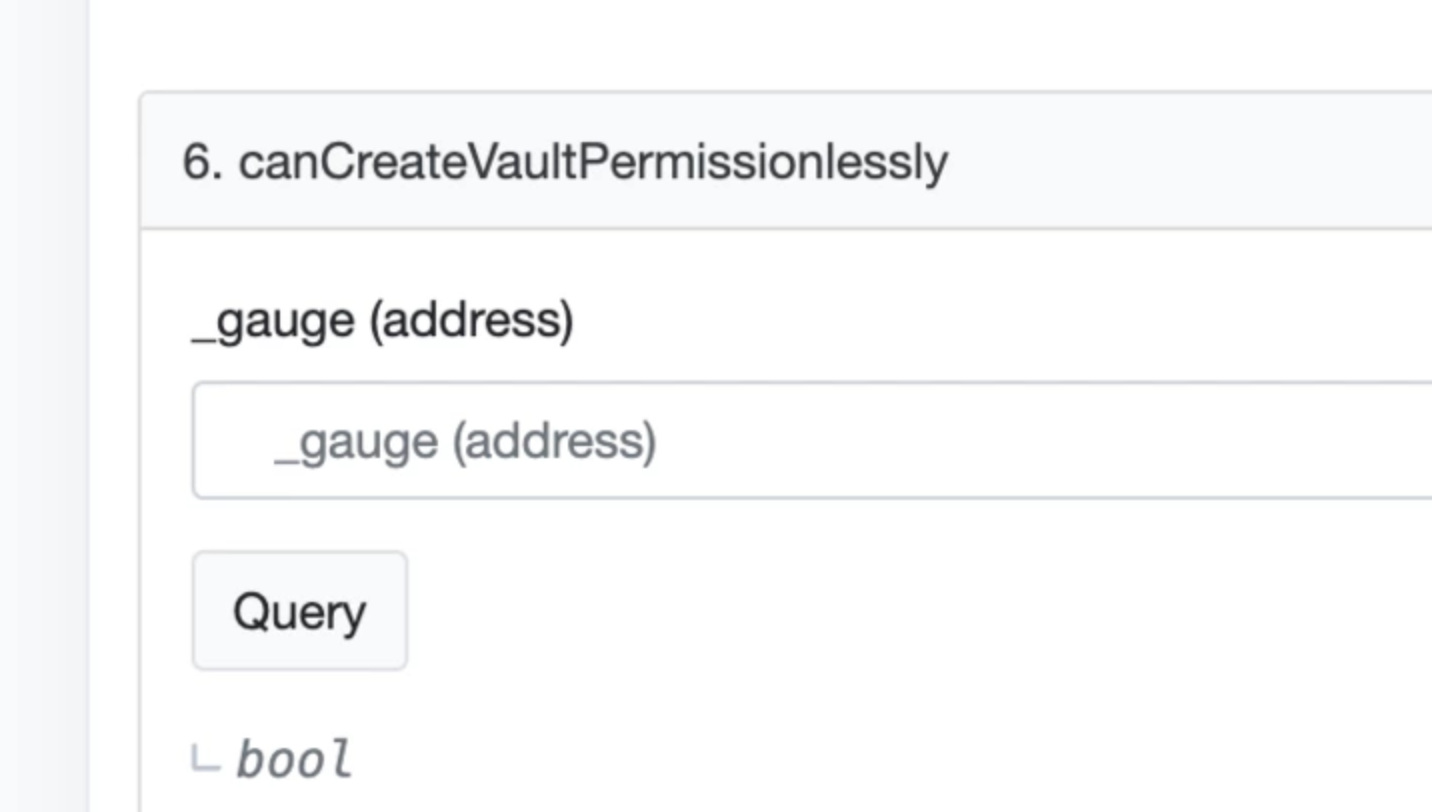 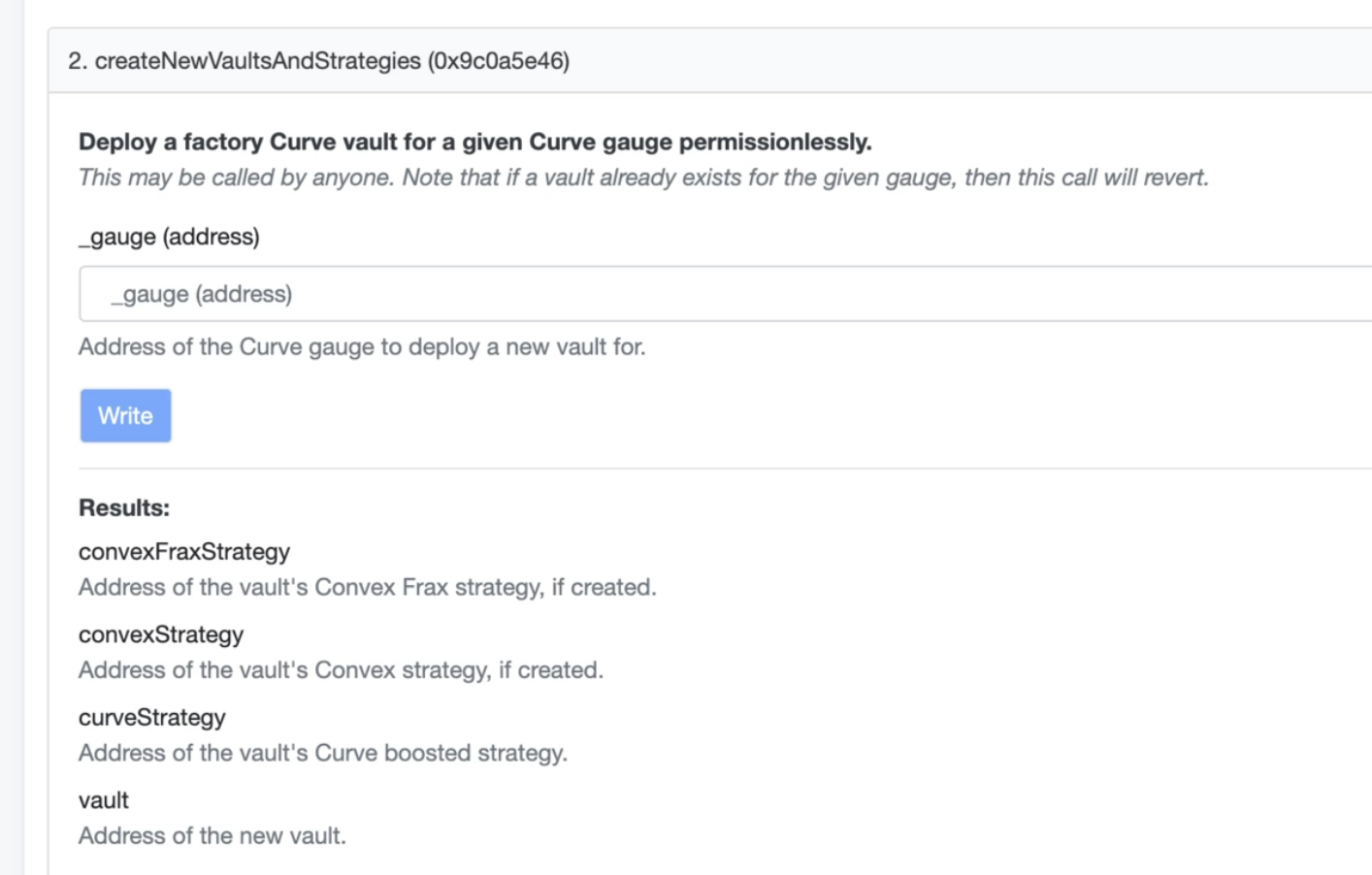